Markets CLOSED this week - See you in October OUTSIDE! 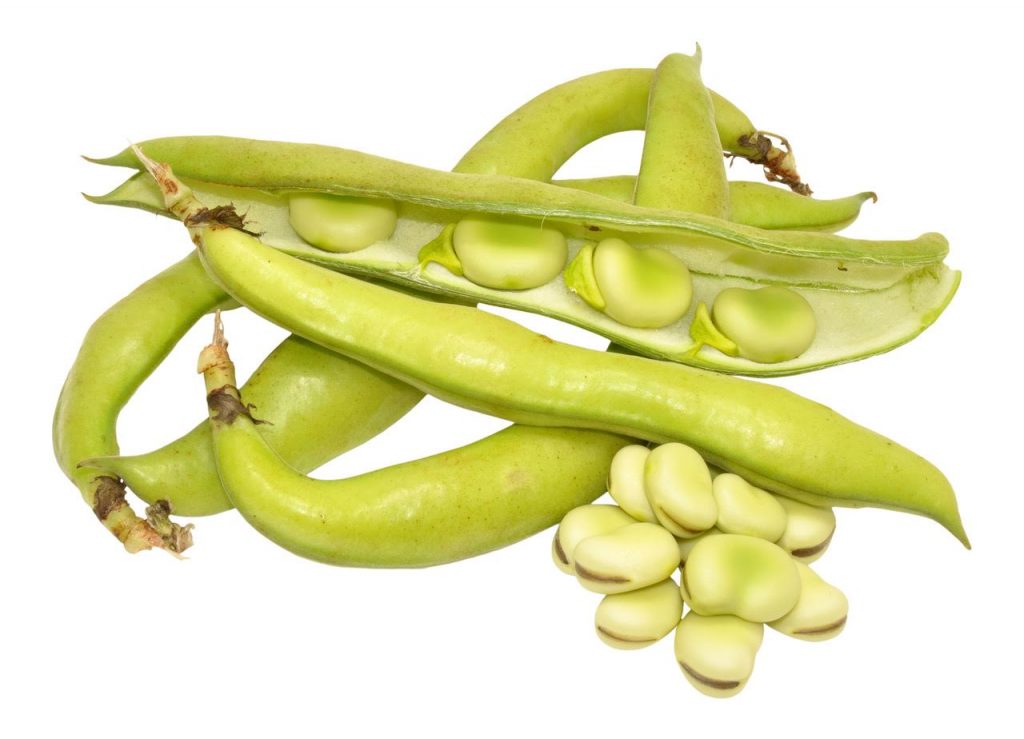 This week’s Fresh Pick of the Week at the valley’s Certified Farmers’ Markets is the Fava Bean. Fava Beans, also known as broad beans, faba beans, field beans, horse beans, Windsor beans, pigeon beans and even tick beans, have a flavor that is smoother, sweeter and richer than most other beans. So why aren’t they more popular? (At least in the United States – they’re an ingredient in Egypt’s national dish.) Most likely, it has to do with the fact that many people don’t know how to peel Fava Beans. And it is a bit of a chore, but it’s definitely worth it.

Fava Beans are members of the pea family, and like other peas, Fava Beans have to be shelled. But that’s only step one. Once peeled, the actual bean still needs to be freed from its tough whitish outer skin. This can either be done by making a slit in the skin, then popping the bean out, or by blanching the beans in salted water for 30 seconds then submerging them in ice water. This process typically softens the outer skin, making it easier to remove.

Fava Beans are delicious in salads, soups, pasta dishes, pestos, or simply stewed. Their flavor is a wonderful addition to almost any dish, importing a flavor that is fresh and bean-like nutty, but also nutty and buttery. Don’t be daunted by Fava Beans. They’re worth the effort.

Did you know: Fava Beans have been a human food source since ancient times. They are thought to have originated in the Near East during the Neolithic Age. Fava beans were cultivated by the Egyptians, Greeks and Romans, but their remains have also been found at archeological sites in Northern Europe. They have been used in religious practices, funeral rites, and even been the subject of a variety of superstitions. In the end, though, you have to give them credit. Humans have been eating them since at least 6,000 B.C.